Afi
One of the main matches of round 33 of the Premier League is between Arsenal vs Everton. This is a battle of two teams outside the top 6 trying to accumulate points to hope for a surprise that can happen in the remaining rounds.

The recent withdrawal from the European Super League has deactivated the outrage of fans. Currently, "Gunners" are holding 9th place and less than their own upcoming rival, Everton 3 points. Mikel Arteta's team did not win in the last 4/5 home matches. In the recent match, despite being better rated than the opponent, Arsenal was disappointed when Fulham held a 1-1 draw at Emirates Stadium.

Everton is also not better with 5 matches played without knowing the smell of victory. Coach Carlo Ancelotti's inability has been shown through the draws against Crystal Palace, Brighton and recently Tottenham. Therefore, this trip away from home is predicted to be another difficult challenge for them.
However, the visitors can still take advantage of the home team's unstable performance to their advantage. Arsenal played very well against Slavia Praha in the Europa League, but the EPL was extremely poor. In addition, based on the data of the online football match , both Arsenal and Everton recently only won money in 2/5 matches, so with the pragmatic play of the away team, perhaps it should still be chosen more.
Arsenal proved to be a superior team than Everton in recent years with 6/10 recent victories, along with 3 defeats and 1 draw. However, in the first leg this season, The Toffees won 2-1 at their home field. With the current situation, it is difficult to predict which team will have the advantage, but the away team is still trusted by specialized in holding opponents.
The instability of these two teams is largely because there are so many players with injuries and illnesses. Arsenal is highly likely to not have the service of Aubameyang, Lacazette and Odegaard to make the attack worse. Not to mention coming, they also have to play in the semi-finals of the Europa League, so they need to carefully rotate the squad.
In the last 2/5 matches, "Gunners" only ended the match on 3 goals, and Everton was exactly 1 match. But the last 2 matches between the two teams had jubilant results, so considering entering the upper door is not bad. This is also the house bet today.

Looking at the strength of the team, the ability to achieve a high angle ratio is not great. Therefore, it is not necessary to think much, but it is more reasonable to choose the door under the corner.

Certainly the host is the team that wants more points, the ineffective attack will always have the potential to receive a huge bitter fruit, similar to the recent meeting with Fulham.
Prediction of the result: Arsenal 1 - 2 Everton

The squad is expected to play 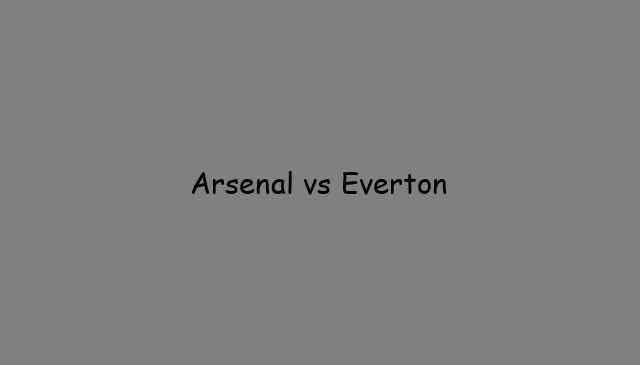