Belgium and Portugal last met in June 2018 in an international friendly that ended in a goalless draw as both teams prepared for the 2018 World Cup in Russia. Portugal are unbeaten in five games against Belgium and they have won three in a row before that goalless draw. 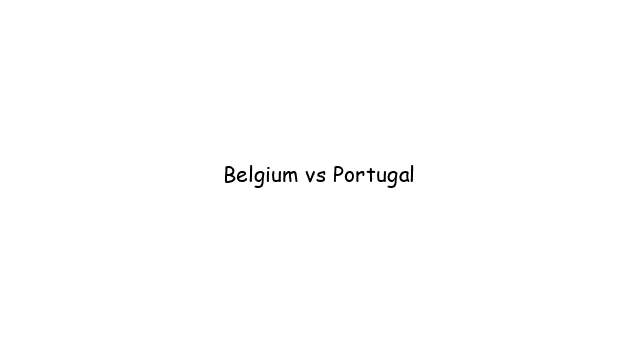 Belgium face Portugal in a thrilling round of 16 clash at the Olímpico de Sevilla at dawn on Monday, with a quarter-final spot split between both teams as they both advance to an important knockout tie. important upcoming thanks to positive results. The Reds ended the group stage campaign with a 2-0 win over Finland to move up to No. 1 and have a 100% winning record in Group B, while extending their unbeaten record in all competitions to 1st place. 12 matches.

In this impressive series of results, Belgium has won 10 but there is still hope for Portugal here as both teams have also scored in 7 of the last 12 matches, while coach Roberto Martinez clearly possesses dangerous attacking elements like Lukaku and De Bruyne.

On the Portuguese side, they finished in 3rd place in Group F after the top team France and the 2nd place team is Germany but only 1 point more than Hungary at the bottom of the group. In an extremely difficult group, the representatives of the Iberian peninsula made the most of their opening match against Hungary with an all-round 3-0 victory and although they suffered a 2-4 defeat to Germany, their side Coach Fernando Santos returned to claim the important position and earned a valuable point with a 2-2 draw against France.

The last result is also quite suitable for Portugal when they lost only 2 of the last 18 matches in all competitions. In addition, European Selecao also owns superstar Cristiano Ronaldo, who is leading the Golden Boot race with 5 goals up to the present time, so the Portuguese player cannot rule out the possibility of scoring. table in the upcoming match.