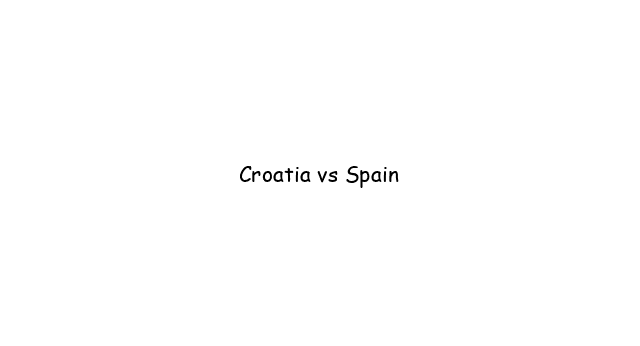 The Croatian team at this year's Euros is not the same as the team that played in the 2018 World Cup final in Russia. The Balkan team is going through a lot of changes which is why they are not producing the same convincing performances and results as a few years ago. Many veterans have ended their careers in the national team, and new players are still adapting to coach Zlatko Dalic's system.

Croatia won the last and most important match against Scotland 3-1, but overall they have not played well in this tournament so far. Coach Zlatko Dalic's men showed an uncertain defensive performance in the 0-1 loss to England and were unable to beat the Czechs with a 1-1 draw.

Spain are also struggling and have not shown the performance they expected. This team unexpectedly drew the first 2 matches in the group stage with Sweden and Poland, before defeating Slovakia with a score of 5-0 in the final match. Despite scoring 5 goals, the bull country team had some problems in that match against Slovakia. Alvaro Morata missed the penalty and they were also not very convincing in the first 30 minutes of the game.

But anyway, that big win boosted the confidence of coach Luis Enrique's side so that will help them a lot in the match against Croatia. Spain's defense is performing very well so far, but their attack doesn't look good with Morata still spearheading the attack. On a positive note, the Bulls are unbeaten in 13 consecutive matches, which shows that they are a very difficult team to beat.