The last time Germany and England met in a major tournament was at the 2010 World Cup when the Tanks went on to win 4-1 in a match with many controversial moments in the round of 16. 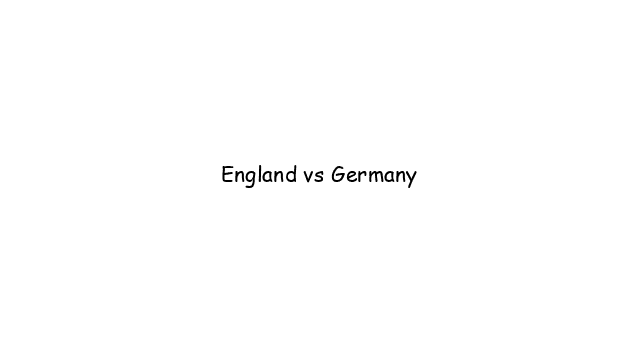 There are many pundits who have advised Gareth Southgate to avoid top of Group D and find an easier path in the knockout round to reach the final. However, the strategist was less concerned with such things and his team ended up winning the 1st place in Group D, which proved to be the right approach and now Tam You can plan the rest of the tournament.

The first benefit is that winning the top of Group D has helped England qualify for the round of 16 of Euro 2020-21 by playing at Wembley, where they will host the upcoming match. Tam Su finished the group stage with an unbeaten record when there were 3 clean sheets. And their 1-0 victory over the Czech Republic means that the foggy country team has a full week to prepare for this round of 16 match with the German team.

Unconvincing results have come to the German team at the Euro 2020-21 finals even though they have held all 3 group stage matches in Munich. The tanks were unlucky in a narrow loss to France and the draw against Hungary also showed a balance in play with the opponent, but Germany excelled in a 4-2 victory over Portugal.

The pre-tournament concern is Germany's defense and that still looks to be a big problem as they conceded five times in the group stage. Coach Joachim Low's army struggled to achieve stability throughout 2021 as they won 2 and lost 2 of the 6 matches played. This team has won 6 of the last 8 away games, but Germany's last defeat in that period was a 0-6 defeat to Spain in the UEFA Nations League.