Austria also has some problems with injured players before the match against Italy in the round of 16. One of the starting XI players, Christoph Baumgartner, suffered a head injury in the last match against Ukraine and was not selected. Attacking midfielder Valentino Lazaro is also sidelined after suffering a muscle problem after a training session. 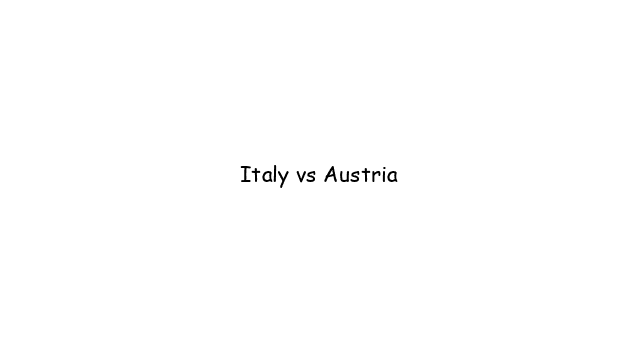 Italy has shown the most impressive performances at this year's tournament so far. They look like a good candidate to go all the way at Euro this time and take it all. Coach Roberto Mancini's teachers and students not only won all 3 matches in the group stage without conceding a single goal, but they also made those matches very easy as if the team in the sky were playing a friendly match because there was no match. any threat to them.

The amazing fact is that coach Roberto Mancini's squad is currently unbeaten in a whopping 30 consecutive games. They kept a clean sheet in the last 11 matches, winning both the first half and the whole match in 5 of the last 6 matches. Italy will be without defender Giorgio Chiellini, who is still struggling with a hamstring injury. However, the Azzurri have made suitable substitutions from the bench.

Austria has failed to impress so far at the Euro 2020-2021 tournament. The round of 16 is a huge achievement for this team and their adventure may end here. Coach Franco Foda's army defeated North Macedonia with a score of 3-1 but that result was quite fortunate, because the match was kept the result of a draw almost until the 78th minute and they did not have the upper hand. .

In the second round, Austria lost to the Netherlands as expected, then they regained the game and defeated Ukraine with a score of 1-0. in the last match. Italy is by far the strongest opponent the Central European side will face, so their chances are slim. Coach Franco Foda's army also depends a lot on their captain David Alaba but he cannot shoulder the whole team alone.