The Dutch team looks very strong in their matches so far. Coach Frank de Boer's teachers and students are proving their ability to score easily against many opponents, although their defense needs to be improved a bit. The Czech Republic may be a difficult test for the Netherlands, but experts believe that the Tulip country team will score 2 goals and win the right to go through. 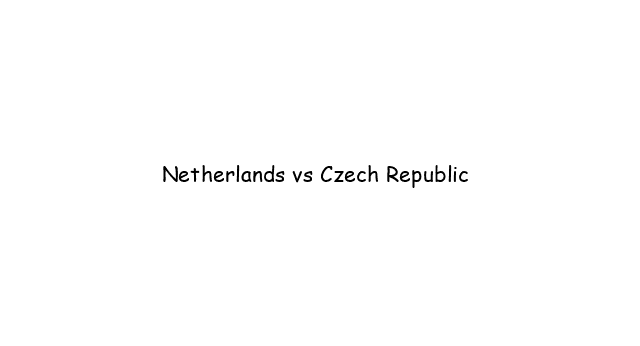 The Netherlands got through their group stage winning all three games against Ukraine, Austria and North Macedonia, scoring eight goals in those three matches. Perhaps the Dutch media has been a bit too strict with coach Frank de Boer because his team has played quite well in the matches since the beginning of the tournament so far. The Tulip country team hasn't played in the last two major tournaments, so reaching the round of 16 after a long time is an achievement that must feel pretty good to them.

But anyway, the Dutch attack has played brilliantly in the previous matches. Memphis Depay is excellent, and midfielder Wijnaldum is also surprising when he has scored 3 goals so far. Oranje have scored 2 or more goals in their last 12 matches, so scoring shouldn't be an issue for Frank de Boer's side. They can also score at least 2 goals in the match against Czech Republic.

The Czech Republic have had a good tournament so far, beating Scotland, drawing against Croatia and narrowly losing to England in their group. Interestingly, the crystal country team scored a total of 3 goals and all 3 goals were attributed to Patrick Shick. Coach Jaroslav Silhavy's men have shown a solid defense in all of their group stage matches, so this team also has defenders that are hard to break.

The Czech Republic have no reason to change their approach to the game against the Netherlands, so expect a defensive and cautious approach to their play. The last 4 matches of this team were all low-scoring matches, ending with under 2.5 goals scored. However, coach Jaroslav Silhavy's army will play without key defender Jan Boril, who has been suspended for receiving enough yellow cards.