Wales will face Denmark in the opening match of the round of 16 of the 2020-21 European Championships at Johan Cruyff Arena this Saturday night. With both Wales and Denmark advancing to the knockout stages with different group stage developments for the two teams, the upcoming match looks like one of the key matches at the Johan Cruyff Arena and the winning team The right to advance will also consider this a great victory. 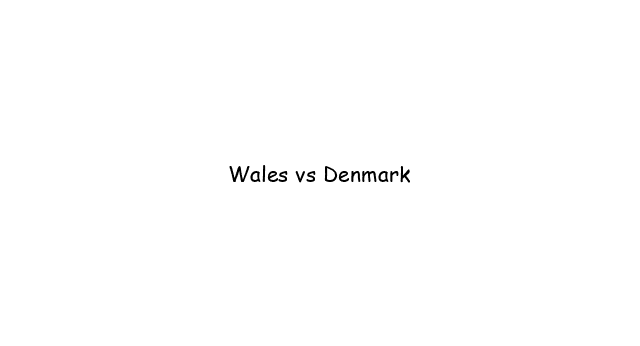 The Dragons made it to the knockout stages for the second time in a row after Euro 2016, having been inconsistent throughout the tournament but finished second in the group ahead of Switzerland thanks to a better goal difference. They created some chances in their first game against Switzerland but were only able to get a 1-1 draw.

Wales was in top form in a 2-0 win over Turkey. However, in the last match of the group stage against Italy, Bale and his teammates had to receive a 0-1 defeat, in terms of their performance in that match was very low without any students of coach Robert Page. could make it difficult for Italy's overly solid defence.

Similar to Wales, Denmark also had a rather unstable streak until the final match, which was also affected by the absence of the team's talisman Christian Eriksen. Eriksen's heart attack caused the Leads to lose 0-1 to Finland, while they also had to receive the same result by Belgium's comeback in the second half.

Denmark came back strong in the match against Russia and the performance was very fluid compared to the first 2 games. The 4-1 victory of coach Kasper Hjulmand's men in Copenhagen took them from last place to second in Group B and gave them a favorable match against Wales. This will be the encounter where the Nordic team is still rated higher than their opponent.