Boxing is a combat sport, fought only with gloved hands and it has some rules and regulations so that the sport is not too violent or barbaric. 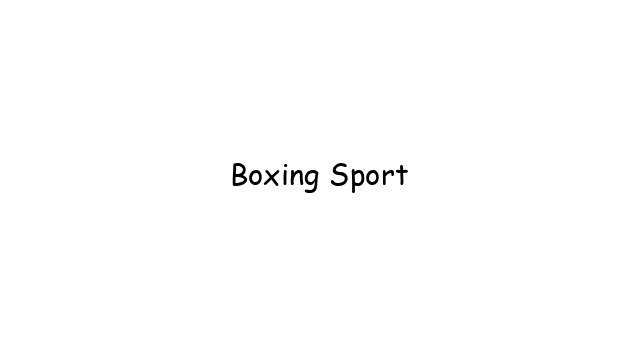 History of boxing
Boxing originated in England, between the 18th and 19th centuries, being hit with bare hands, making it a very brutal and violent sport.
Years later, the sport began to be regulated, especially in 1867 with the formulation of the Queenberry Law.
Boxing has always been an Olympic sport, not only present in the 1912 Olympic Games, in Stockholm, because at that time the sport was banned in this country.
Over the years, many variations of boxing have emerged, the most famous being Thai Muay Thai and French Savate, as they used legs.
Boxing Cradle
The boxing ring is square and must have sides between 4.9 and 7 meters.  It has four elastic ropes, 3 to 5 cm in diameter, that force them to be suspended from posts 41, 71, 102 and 132 cm high from the ring floor.
The posts must be coated and have a smooth surface so that the boxers won't get hurt when they attack one of them.