There are sports that perhaps for many people, are of recent invention or current, one of them is Darts . It is a game that is played individually or in teams whose origin dates back to very ancient times. In fact, the history of darts is so diverse in anecdotes that they go far beyond just knowing the meaning of darts , what darts are or how they are played. 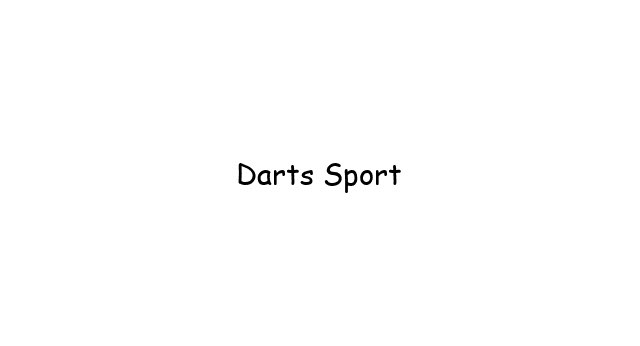 In this game, each one of the players throws three darts alternately at a dart board or dartboard, until completing a set score or, until reaching certain sectors in a specific series of times. According to the variant of the game that is being carried out.
The darts have their history around the year 1314, where they were first mentioned in history books. It is said that, between battle and battle, the bored soldiers, far from their partners, were busy with other tasks, one of them was to compete with each other by throwing splinters or other sharp materials at the lids of the wine barrels.
Then they used the section of a tree trunk hanging between some branches, only this time, the concentric circles of the wood served to define the different scores. This is known as one of the antecedents of the sports dart .
Little by little, they were perfecting other elements of this discipline such as darts and targets , dart board , the English dart. And also, they were creating the rules that today place it as a high-caliber sport.
Before continuing to learn more about its origins, its development worldwide as a competitive sport and the main tournaments, it is vital to know more about its history and the most important elements that compose it, such as what is darts or what are darts? darts and what are its rules?