Lorient has not stopped falling since October until now: not winning in the last 12 matches (9 defeats). This series of bad matches dragged teachers and coaches Christophe Pelissier to the penultimate position in the Ligue 1 rankings (just 3 points more than the bottom team of St. Etienne) and was eliminated by Rennes from the French National Cup.

In the last 8 defeats in the French league, there are 5 matches of Lorient that are empty while regularly receiving 2 or more goals. Besides, Lorient also has psychological problems when it is easy to fall into a state of depression and give up if they have to concede a goal in the first half.

On the other side of the front line, "Giant" PSG has a series of 10 unbeaten matches in domestic tournaments. The most recent was a 3-0 victory over an unknown team playing in the 5th division, Feignies in the third round of the French Cup, despite only launching a reserve player. Particularly in Ligue 1, although they have not performed too convincingly, but PSG easily proved to be superior to the rest.

Coach Pochettino's teachers and students have only lost 1 match after 18 rounds in the national championship arena (won 14) and are 13 points behind the second team of Marseille. Not really playing closely, but in return, PSG has too many high-class stars who always know how to shine at the right time to bring scores to the home team.

This match, PSG will be without Neymar (injury) and Mbappe (suspended) but Poche clearly has enough quality cards in hand to defeat the Le Moustoir team. It should be remembered that the last 9 times as a guest of Lorient, PSG won 8. 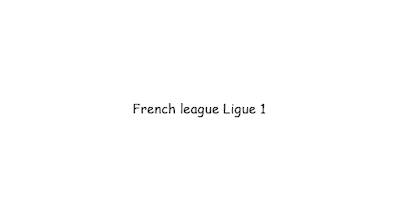 However, because it is overwhelming in all indicators, the fact that PSG only accepts - 1 1/4 is considered too "bad". Remember last season when visiting Lorient's nest, PSG still accepted - 2 1/4. In fact, the last 4 encounters with Lorient, PSG have all lost to the Asian ratio. Moreover, despite overwhelming expertise in Ligue 1, PSG owns the lowest winning rate in the tournament (5/18 matches, less than 30%). The reason is very simple, they all have to have a deep handicap but won't win enough to exceed the handicap.