Basically, 2021 is considered quite successful for AC Milan. They were in the Top 4 final in Serie A 2020/21 and returned to the Champions League after 7 years, although then the Rossoneri played unsuccessfully and were eliminated early.
Until Serie A 2021/22, coach Pioli's teachers and students also played very well when they had a sublime playing period and continuously led the rankings, even creating a safe distance with the group behind. However, AC Milan did not maintain its sublimation momentum in the last month of the year, even somewhat declining at the right time to accelerate.
Proof of the last round, they lost to a seriously chipped Napoli at home. Or the previous round, thanks to Ibrahimovic's equalizer in injury time, Milan had 1 point against a Udinese standing in the bottom half of the table. 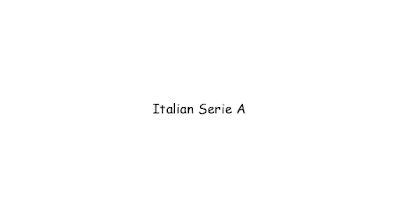 More broadly, Milan only won the last 2/6 rounds (lost 3). While the same number of matches, neighbor Inter Milan has earned 18 absolute points, so now coach Pioli's team is 4 points behind the first place after 18 rounds. Not only that, the group outside the Top 4 is also gradually narrowing the gap.
In fact, it is also necessary to sympathize with the Rossoneri when at this time, the team's force, which is already not thick, is also ravaged by the injury virus when they are losing at least 4 pillars (Ante Rebic, Simon Kjaer, Davide Calabria and Davide Calabria). Rafael Leao). In particular, the absence of Kjaer makes the AC Milan defense loose and Rafael Leao is playing very well this season.
Therefore, Empoli's march tonight is forecasted to be more or less good for Milan. Although just a rookie, Empoli is in high form: unbeaten in the last 6 matches (won 4). Moreover, this season, Empoli beat even strong opponents like Napoli, Firoentina or Juventus. If counted within the last 6 rounds, the score Empoli earned is 11, which is higher than even AC Milan.
In addition, in the last 5 times to welcome AC Milan at the den, Empoli only lost 1 (4 remaining matches were drawn, including 2 Empoli matches were accepted +1/2 like this match).
Show more